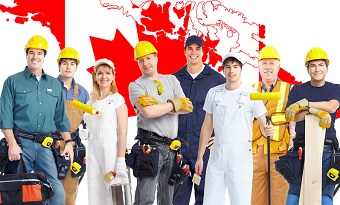 Want a career in the trades? How to choose the right one for you

As blogged on CanadianBusiness.com, there’s going to be a surge in demand for skilled tradespeople in coming years, thanks to a dwindling supply of younger people equipped to replace an aging cohort of workers approaching retirement. One in five new jobs will be in the skilled trades by 2021, according to a recent report from the Ontario government.

Despite the benefits that come with pursuing a job in this sector—higher employment rates, increased wages, stability and opportunities of upward advancement—there is still a very real stigma around careers in the industry. In response, government agencies and employers have now launched outreach initiatives, from career fairs to youth apprenticeship programs, promoting the trades as a viable career path.

“It’s always been a good time to enter the trades,” says Robert Bronk, CEO of the Ontario Construction Secretariat, an organization representing a number of unionized construction groups.

Considering a career in the trades? There are a number of opportunities to help decide on the right one.

While it’s been the norm for high school career fairs to showcase professions like dentistry and nursing,  an increasing number now focus on careers in the trades.

Bronk argues career fairs help address a “lack of awareness” around jobs in the skilled trades industry. With the sheer number of trades available, from bricklaying to landscaping to baking, Bronk says students might miss exploring a trade suited to them because they didn’t consider it a career option.

“Most people don’t know what a millwright even does,” said Bronk. “How can you google search something you didn’t even know existed?”

Promoting the trades at career fairs also gives younger attendees the benefit of connecting with apprentices currently training in the field who might be able to better relate to them compared to older journeymen.

Keep reading this blog on CanadianBusiness.com