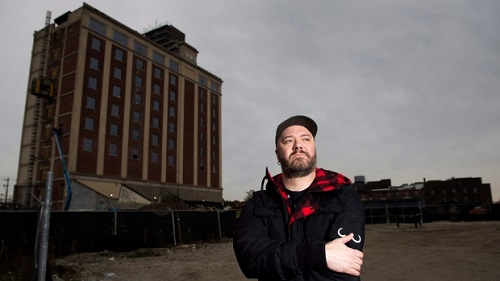 Worried your presale condo might be cancelled? Research the developer first

With a sigh and hesitant pause, Jason Paris confides that in retrospect he wishes he’d done more research before putting down a deposit on the now defunct Museum FLTS condominium project in Toronto’s trendy Lower Junction area.

The 43-year-old television production manager is one of hundreds of would-be homeowners who recently had their money returned and dreams dashed when the building’s developer, Castlepoint Numa, cited lengthy delays obtaining the necessary approvals, building permits and financing, as reasons for the halt.

“If I had the knowledge I have now, then, I definitely would have researched Castlepoint further,” said Paris, who subsequently found out that the developer did the same thing to other hopeful Toronto condo buyers a few years ago when another one its projects fell through.

While Castlepoint Numa said it’s giving original Museum FLTS buyers the first opportunity and a discount on the next residential phase of its greater Lower Junction neighbourhood project, Paris points out that some buyers have been burned twice in a row by the same developer.

The best line of defence for prospective presale condo buyers seeking to mitigate any potential fallout is to do the appropriate due diligence on the developer before signing any contracts, experts say.

Unfortunately, there’s not much that can be done to protect Paris and others like him who become the victims of a cancelled condo complex, said Vancouver real estate lawyer Richard Bell.

“It does happen in various scenarios, particularly if there’s a significant downturn in a market over a short period of time. So really, people are at risk,” said Bell, who works for law firm Bell Alliance.

The bottom line? Do your homework, Bell said.

The key advantage of using seasoned developers is that they have a name and brand to protect, notes Toronto real estate lawyer Mark Weisleder.