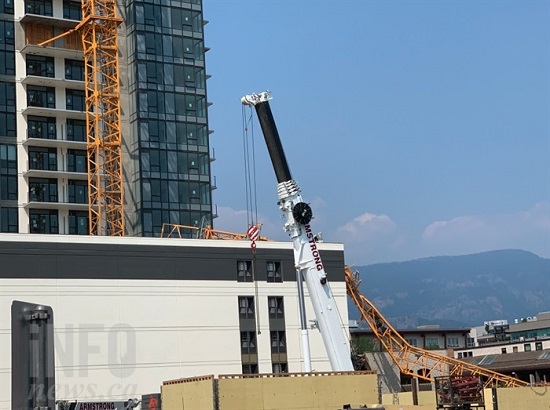 WorkSafeBC, RCMP, and the BC Coroners Service are currently conducting parallel, independent investigations.

WorkSafeBC’s Occupational Health and Safety (OHS) Investigations team launched its investigation immediately after the incident in July 2021. The primary purpose of a WorkSafeBC investigation is to identify the cause of the incident, including any contributing factors, so that similar incidents can be prevented from happening in the future.

Over the last year, WorkSafeBC has been working with subject-matter experts and engineers to examine the crane components, sequence of events, and work procedures that took place during the crane dismantling process. WorkSafeBC investigators have also examined all relevant documentation and other evidence, in addition to conducting witness interviews.

Although the WorkSafeBC investigation is well advanced, it is not possible to provide a specific date for the completion of the IIR, at this time.

While the investigation is being completed, WorkSafeBC is continuing to implement its Crane and Mobile Equipment Initiative. The initiative aims to identify and eliminate unsafe work practices and equipment hazards that have the potential to cause serious injury, death, or catastrophic events in the industry.

At the conclusion of the investigation, WorkSafeBC will consider additional inspections, consultations, and outreach focused on learnings from the Kelowna incident investigation.