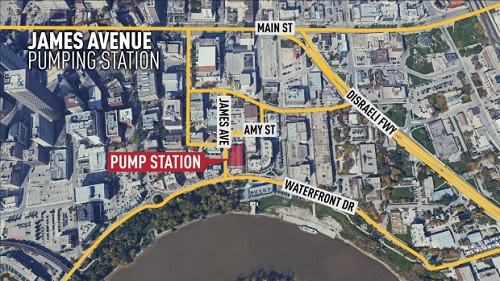 City planners have rejected the design for the second phase of the James Avenue Pumping Station redevelopment, a complex project that involves the preservation of a 106-year-old heritage building and the construction of two new residential towers on either side of it.

In 2016, developers Bryce Alston and Rick Hofer started work on a $20-million adaptive reuse of the downtown pumping station, which provided Winnipeg with water from 1906 until 1989.

It has stood vacant ever since and stubbornly resisted redevelopment, with 17 separate proposals failing in two decades before Alston and Hofer began installing offices within the rafters in the original barn-like structure, above the vintage machinery below.

The first office tenants intend to move in in February, with a restaurant following in September 2018, Alston said.

The second phase of the project involves the construction of a 28-unit residential building to the east of the pumping station, along Waterfront Drive, as well as a 63-unit mixed-use residential and commercial building on the west side of the heritage building.