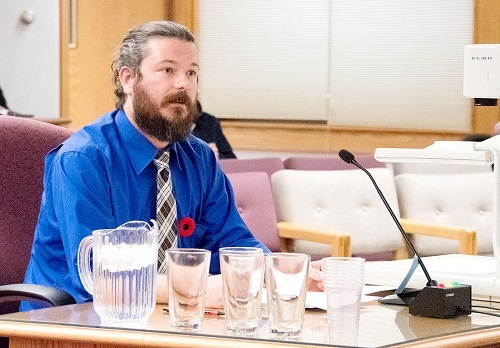 City council will consider the rezoning of sites up for potential infill development on an individual basis.

Members instructed city staff at Monday’s council meeting to bring forward each vote of the zoning of sites individually – rather than having second and third readings for the areas coming forward en masse.

City planner Kindon Kosick presented a public hearing report on the proposed zoning that would allow for infill to proceed on a number of lots.

The changes would see:

• a 5.1-hectare parcel on Couch Road rezoned from Parks and Recreation (PR) to Country Residential 1(RC1);

There are other areas around the city that are being considered for infill residential development that do not require rezoning.

Those sites are on Wann Road, Sandpiper Drive and Wilson Drive. Council is expected to consider those under a separate, future resolution.

The infill is proposed in an effort to create more lots to market as demand for housing continues to grow.

During the public hearing, council heard and received dozens of submissions primarily from residents of country residential neighbourhoods arguing against the proposed infilling.