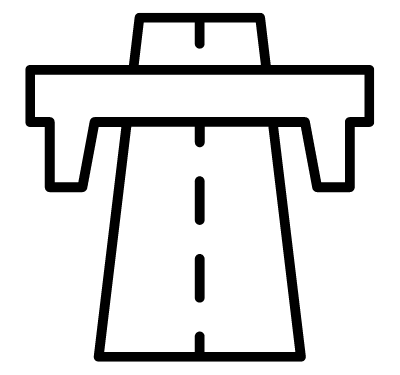 When it Comes to Safe and Sustainable Infrastructure, Better Won’t Arrive Out of the Blue

If you are not trying to do something different, are you really doing anything at all?

It’s been almost eight years since the Georgia Legislature dedicated a stretch of highway in the southwestern part of the state to Ray C. Anderson, founder of Interface, the first company in the United States to introduce the carpet tile to the general public. Anderson was known for looking to do things different – and better – but also for his commitment to build a “net-zero” company.

It was no small task, but it certainly proved to be a worthwhile one. The term “net zero” often refers to reducing greenhouse gas emissions, or ensuring any ongoing emissions are balanced by removals. It also means more clean energy and more savings for organizations that embrace it. After documenting every cost and every benefit, Anderson found that in addition to its environmental advantages, going net zero was going to provide more than $400 million in savings to Interface.

People took notice, and the takeaway was simple: Sustainable is better, and it can be profitable. So, when it was decided to honor Anderson by naming 18 miles of the I-85 highway in Troup County, Georgia, after him, it only made sense those 18 miles would eventually become a proving ground for innovative ideas and technologies associated with net-zero highway infrastructure.

In 2018, 28% of all U.S. greenhouse gas emissions came from transportation – more than any other sector in the American economy. The year prior, fatalities on U.S. interstates and highways topped 37,000. In response an organization called The Ray – highlighted during a keynote presentation from its executive director, Allie Kelly, at AEM’s recently held Product Safety & Compliance Seminar – pioneered a movement to build net-zero highways, starting with the stretch of roadway dedicated to Anderson.

Progress is certainly being made. The Ray collected traffic, weather, collision and pollution data to inform smarter design. The group worked to power electric vehicles from green energy, improving vehicle safety and gas mileage. The Ray even built bioswales with native plant species, limiting pollution and flooding. These efforts, among many others, have all been effective tactics in the organization’s net-zero movement, and they have all been executed in service of helping to build a more sustainable and safe future for transportation and infrastructure.

It’s why AEM featured The Ray at the CONEXPO-CON/AGG Tech Experience in 2020, where a replica of The Ray Highway highlighted right-of-way solar, Connected Roads® smart striping and other means by which transform infrastructure, emphasizing sustainability and, most importantly, safety. It’s also why the association joined forces with The Ray in support of the association’s efforts to develop and promote a cohesive equipment manufacturing industry strategy related to sustainability.

Here’s what we know: Different sectors – the digital sector, the transportation sector and the energy sector – are converging, and the end result is going to be infrastructure that looks a whole lot different than it does right now. What’s been built over the last several years – especially as it relates to the highway system – is not going to be what’s built or maintained moving forward.

The Ray Highway is living proof that a restorative and regenerative approach to infrastructure and transportation can work, and that a whole lot can (and will continue to be) learned and accomplished from embracing its role as a living lab to test and prove what can be done.

More than anything else, though, the efforts of organizations like The Ray are a helpful reminder that leaving what, on its surface, appears to be “well enough” alone is – over the long haul – a fool’s errand. After all, as the old adage says, “Better seldom arrives out of the blue.” Going out and actively seeking out better, on the other hand, opens the door to all kinds of potential and possibility.