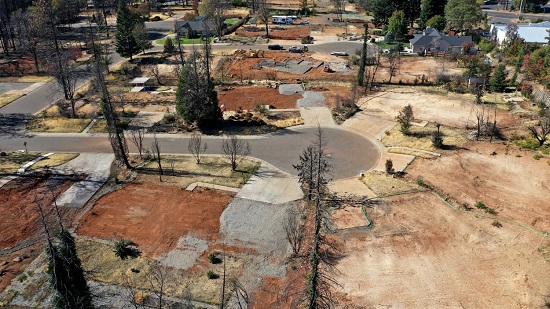 We can’t design our way out of wildfires. Some communities need to retreat

Wildfires in the American West are getting larger, more frequent, and more severe. Although efforts are underway to create fire-adapted communities, it’s important to realize that we cannot simply design our way out of wildfire—some communities will need to begin planning a retreat.

Paradise, California, is an example. For decades, this community has worked to reduce dry grasses, brush and forest overgrowth in the surrounding wildlands that could burn. It built firebreaks to prevent fires from spreading, and promoted defensible space around homes.

But in 2018, these efforts were not enough. The Camp Fire started from wind-damaged power lines, swept up the ravine and destroyed over 18,800 structures. Eighty-five people died.

Whether in the form of large, master-planned communities or incremental, house-by-house construction, developers have been placing new homes in danger zones.

It has been nearly four years since the Camp Fire, but the population of Paradise is now less than 30% of what it once was. This makes Paradise one of the first documented cases of voluntary retreat in the face of wildfire risk. And while the notion of wildfire retreat is controversial, politically fraught, and not yet endorsed by the general public, as experts in urban planning and environmental design, we believe the necessity for retreat will become increasingly unavoidable.