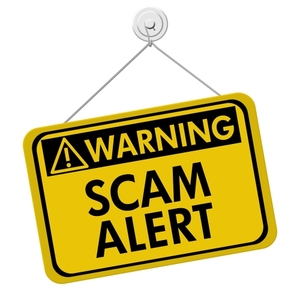 The owner of an Edmonton renovation company is warning other contractors not to fall for an unusual scam that involved a stolen cheque, a fake floor plan and a vacant house.

James Belovich of Refine Renovations said if he hadn’t been careful the scam could have cost him more than $27,000.

On May 2, Belovich received a request for a quote on a basement renovation. The client, using the name Daniel Anderson, said he and his wife were working in the United States but looking to remodel a basement suite in their Edmonton property.

Belovich had doubts from the start. The client said he was in Arizona but the phone number he was using had a New York City area code.

The next day, the client sent Belovich a floor plan and an address in Terwillegar.

Belovich, who occasionally completes jobs for out-of-town clients, drove by the house and compared it to the floor plan. The two didn’t match.

Belovich kept corresponding with “Daniel Anderson” by phone and email, hoping to receive a bank account number he could report to authorities.

He wrote up a contract for the renovation project and received a call from someone with a Calgary phone number about arranging a house inspection on the property.

The client eventually sent a cheque for $42,817.31 and told Belovich he could keep $15,000 as a deposit, and asked the contractor to send the remainder, more than $27,000, to someone who would purchase furniture and decor for the basement.