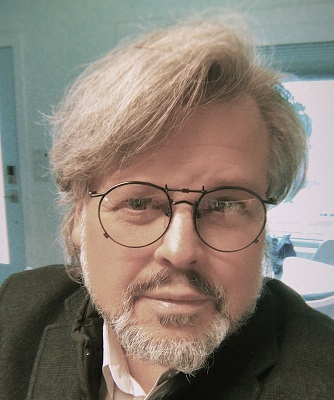 The Ventin Group Architects Ltd. (+VG) is pleased to announce that Paul Sapounzi, BES, BARCH, OAA, MRAIC, CAHP, Assoc. AIA and Managing Partner, has been appointed a member of the prestigious College of Fellows of the Royal Architectural Institute of Canada (RAIC).

The 5,000-member body is the nation’s leading voice for excellence in the built environment. The RAIC bestows the title of Fellow in recognition of outstanding achievement. Criteria include design excellence, exceptional scholarly contribution or distinguished service to the profession or community.

An RAIC member since 1990, Mr. Sapounzi has worked primarily on complex high-profile, public sector and institutional projects. In a career distinguished by 44 design awards, including the University of Waterloo Prix de Rome and the American Institute of Architects Graduate Award, the extraordinarily prolific designer has carved out a unique niche as “Ontario’s municipal Architect.”

In his 30 years of placemaking, he has designed over 100 academic facilities, 20 community centres, nine courthouses, 20 healthcare centres, 250 heritage sites, 30 libraries, 90 municipal facilities, 25 museums and galleries, 12 police detachments, 17 recreation facilities and 16 theatres and performance centres across Ontario and in Bermuda. At the moment, he’s converting Brantford’s federal building into the new city hall.

After graduating from the University of Waterloo, Mr. Sapounzi was mentored by Jack Diamond and the late Carlos Ventin, who showed how an architectural practice can meaningfully specialize in context-driven public projects in smaller communities.

His mission is to strengthen, reinforce and repurpose the cumulative heritage treasure of the province, one town at a time.

“I’ve driven over two million kilometers, I’ve calculated, in the last 30 years,” he says. “I have touched every piece of Ontario from Windsor to Sault Ste. Marie to Ottawa. My goal is to incrementally do community-building projects that will improve every municipality in the province.”

The Ventin Group has completed about 100 projects annually over the last half century. Therefore, he can rightfully claim that “We have played a big role in making all of Ontario better and in making its heritage barrier-free.”

Looking back on the firm’s beginnings, he says, “Nobody cared about the heritage of small-town Ontario in the Seventies. The federal government is interested in preserving our national heritage treasures, but nobody was looking after the cumulative heritage treasure of the province. Thanks to our rehabilitation and adaptive reuse of numerous public heritage buildings, we largely assumed that crucial role. By creating a Ventin Group infrastructure throughout the province, we built much of the governance of small-town Ontario.

“The most challenging work for an architecture firm is small municipal work: It offers the least money for the most effort in the farthest places with the most-complicated politics, the most economic pressure and the most public scrutiny.”

In compensation, The Ventin Group has accumulated a collective memory built over decades of relationships with movers and shakers in dozens of municipalities. “We think of our familiarity with communities as an important business tool. Very few firms have reached the level of emotional intelligence that we have with our clients in small-town territory because we have seen generational changes from one council to another. We keep tabs on all these people.”

His Worship Gordon A. Krantz, Mayor of Milton and the longest-serving (40 years) mayor of a major municipality in Canada, says of The Ventin Group, “We’ve always been on the same page. My relationship with Carlos goes back 35 years and I’ve been working with Paul at least 25 years. It might sound tongue-in-cheek, but the question is, how do you improve on perfection?

“Speaking for the citizens of Milton, 140,000 of us now, everyone’s been quite satisfied with their work and professionalism. They most definitely can keep [their projects] on time and budget. On some projects they’ve also come in under budget.

“They give back to the community as well: They’ve been involved with fundraisers like the United Way. It’s like a bank account: If you don’t put anything into it, you don’t get anything out. Paul’s put in a lot.”

Mr. Sapounzi’s work in Milton shows how he finds inspiration in the regional characteristics and materiality of a project’s context. His concept for Milton Town Hall, for instance, reinterpreted the rock and river of the Niagara escarpment as a dramatic stone face and water feature in the new civic square. Plots of native plantings in the garden along the east façade reflect the local agricultural heritage.

“Site-specificity is a fundamental tenet of our practice,” he says. “We design buildings that are deeply rooted in a sense of place. We evaluate each site qualitatively and quantitatively. This enables us to create a building that is environmentally appropriate and responsive to the existing and historical contexts.”

This sense of identity helps his projects establish roots in the community. In smaller population centres, his buildings often become the principal hub or anchor space that ties the community together.

Away from work, on Saturday evenings he often gigs throughout big- and small-town Ontario as bass player and vocalist.