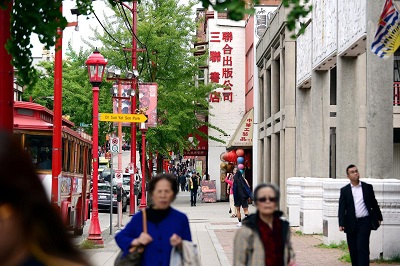 Vancouver staff are recommending significant changes to building height and density limits in Chinatown after some in the community complained that recent condo developments did not match the neighbourhood’s needs.

The proposed changes include lowering building height limits by about five storeys — 150 to 90 feet — in Chinatown South, setting a cap on density, and limiting the width of storefronts to about 50 feet. Storefronts in the historic section of Chinatown, along Pender Street, would be limited to 25 feet.

City council is scheduled to vote on the staff report Tuesday, which also includes a recommendation to hold a public hearing on the proposed changes.

“It’s necessary that we protect Chinatown right now and not wait. It’s urgent — speculation is happening right now. We need to calm it down.”

There are currently no density restrictions in the neighbourhood and Ma said the new luxury condo buildings on Main Street have, in fact, created “parallel economies, and economic and physical displacement.”

“The failures of those policies… really turbo-charged the activism around Chinatown,” she said, giving a nod to the failed 105-Keefer rezoning application.

Current zoning rules, which have been in place since 2011, allow developers to build up to 150 feet in some parts of Chinatown South, the area south of Pender Street. The proposed zoning rules would make 70 feet the new height limit, and allow for 90 feet under certain conditions.