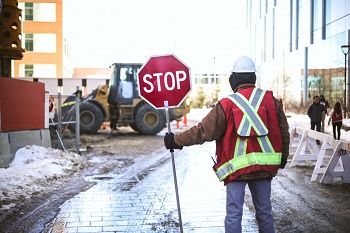 The University of Calgary has begun a large-scale redevelopment project of MacKimmie Tower, which will last until summer 2019. The renovations are part of a larger plan to redevelop the MacKimmie Complex and the Professional Faculties Building.

This summer, the link between Murray Fraser Hall and MacKimmie Tower will be removed. In March, a large crane was needed to remove the exterior panels on the tower, along with the roof to make way for two additional new floors.

“This is one of the largest construction projects in recent campus history, so we are thrilled to reveal to the campus community how the heart of main campus is being transformed with this project,” associate vice-president Boris Dragicevic said in a UToday article ahead of an open house for the project in March.

The tower’s new occupants will include the Faculties of Graduate Studies and Social Work. It will also provide a permanent space for the Hunter Hub for Entrepreneurial Thinking, which is currently temporarily housed in MacHall.

n April 2016, the Alberta government announced initial funding for the planning stages of the project. Last year, the province committed $270.6 million over four years for its construction.

Keep reading in The Gauntlet