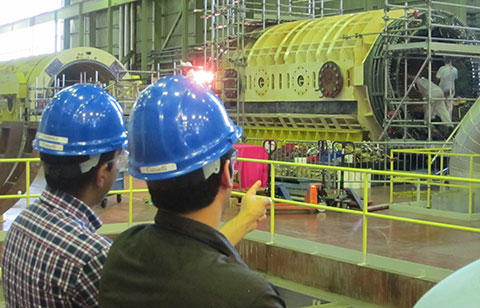 Trades workers and supervisors tasked with refurbishing the Darlington and Pickering nuclear facilities were told to leave their jobs last week due to a “concerning trend of safety incidents,” Global News has learned.

The information was obtained from an internal email sent to employees by senior officials at Ontario Power Generation (OPG) – the provincially owned company responsible for managing the nuclear plants.

The email was sent by OPG at 2 p.m. last Thursday. It said that trades staff and supervisors from SNC-Lavalin and Aecon – the companies responsible for much of the work at the $12.8-billion Darlington refurbishment project – would be sent home “shortly” to think about their safety performance.

The email also stated that despite OPG’s continued focus on safety, the concerning trend of incidents was “not improving.” According to the email, this lack of improvement led the companies to order their employees to “stand down.”

“Over the past few days we have had additional significant issues with our Re-Tube Feeder Replacement Project,” the email said. “[SNC-Aecon] is concerned about the safety performance of their workforce, and the fact that interventions to date have not prevented unsafe work behaviours.”