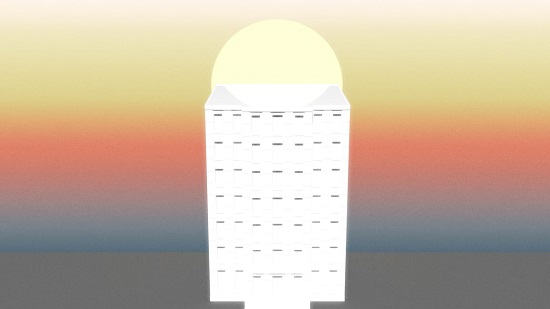 This whiter-than-white paint cools buildings down dramatically. Why isn’t it everywhere?

From icy tundras to billowing clouds, the color white crops up repeatedly in our planet’s palette. This color provides a natural way for light from the sun to reflect back from the Earth’s surface and into space. This effect—known as the planet’s albedo—has a huge impact on average global temperature.

Imagine a world covered entirely with oceans. Although the idea might evoke a refreshing sense of coolness, the absence of reflective white areas would in fact see Earth’s average surface temperature increase to nearly 30ºC: double its current average temperature of 15ºC.

The ongoing decline in our planet’s ice and snow coverage, as well as being a consequence of human-driven climate change, is also driving further increases in surface temperature. Worst-case scenario models predict that—if CO₂ emissions are not dramatically reduced by 2050—average temperatures in the year 2100 may be 1.5ºC warmer than those of the present day, thanks in part to Earth’s reduced reflectivity. The color of our world plays a key part in determining its future.

The famous white buildings of islands like Santorini, Greece, aren’t just for show: humans have used the knowledge that white colors reflect heat best for hundreds of years. Traditionally, a type of white paint called gypsum, containing calcium sulfate (CaSO₄), is used to cover such buildings. A new study suggests that an alternative paint containing barium sulfate (BaSO₄) could be even more effective at reflecting the solar radiation hitting buildings back into space.