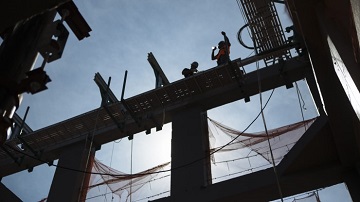 As reported on CNBC, demand for commercial real estate design services plummeted into negative territory in August, after already soft scores in July.

The monthly Architecture Billings Index from the American Institute of Architects fell to 47.2 from 50.1 in July. Any score below 50 indicates a decrease in architecture firm billings.

Demand for design contracts also declined to 47.9 in August, “representing a rare dip for this indicator,” a press release from the organization said. All regions except the West were in negative territory.

“The sizeable drop in both design billings and new project activity, coming on the heels of six months of disappointing growth in billings, suggests that the design expansion that began in mid-2012 is beginning to face headwinds,” said Kermit Baker, chief economist at the AIA.

“Currently, the weakness is centered at firms specializing in commercial/industrial facilities as well as those located in the Midwest. However, there are fewer pockets of strength in design activity now, either by building sector or region than there have been in recent years,” he added.

August was a particularly volatile month for U.S. markets, as the trade war with China escalated as did talk of a potential recession.