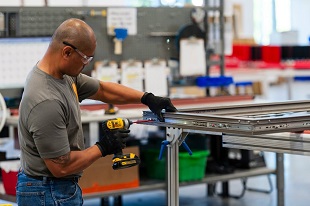 They may be boring, but building rules could be our climate salvation

Not that anybody even raised an eyebrow. As conservative trolls drown the internet with disinformation on carbon pricing and cynical politicians force stupid and inaccurate stickers onto Ontario gas pumps, these regulations have been quietly working away in the background out west, driving down emissions in the communities that have been putting them to work.

Moreover, according to one recent report, they’re seeding the ground for a low-carbon economic bonanza.

If it’s not obvious by now, I’m a fan of these regulations. I’ve been writing about and advocating for climate and clean energy policies for close to a decade. I’ve produced dozens of reports on clean power and energy efficiency for Clean Energy Canada and other think tanks, renewable-energy industry associations, and others. And I believe these two policies will ultimately have as much of a positive impact on Vancouver’s—and British Columbia’s—climate leadership legacy and reputation as the much-celebrated carbon tax has had.

But before we get too excited, what is the BC Energy Step Code, anyway? And what is the Zero Emissions Building Plan? And why am I such a fanboy?