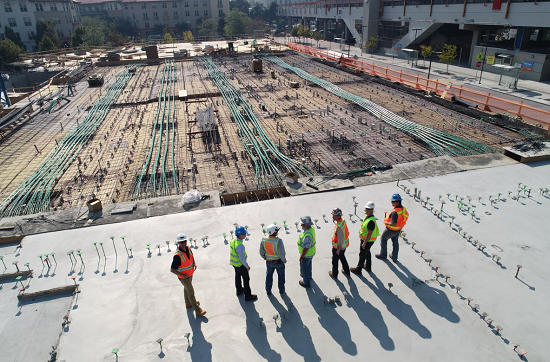 The Safety and Productivity Benefits of Reality Capture in Construction

It seems like every single day there are more reality capture solutions being put out to help throughout the life of a construction project, and while that’s a slight exaggeration of the reality of the situation, it is a constantly-evolving space. There are a bevy of benefits to be had for the companies that do incorporate the technology into their workflows, however, with contractors, engineers, and asset owners alike all having the opportunity to gain from it. And with growing frequency we are seeing more and more of these stakeholders jump on board, with positive results.

That said, the industry certainly hasn’t incorporated reality capture ubiquitously to this point. Earlier this year, Dodge Data and Analytics ran a survey and released a subsequent report, as well as an accompanying webinar – featuring Dr. Donna Laquidara-Carr, the industry insights research director for Dodge Construction Network, and Troy Dahlin, the Vice President, Heavy Construction Segment for Leica Geosystems – detailing the many benefits of reality capture as told directly from contractors, engineers, and owners who are taking advantage of reality capture for their projects.

There is a ton of fascinating data coming out of this survey showing not just the general idea that all stakeholders are benefiting from this type of technology, but also specifically where certain types of workers are benefiting. The report started with a simple look at what types of reality capture technology people are using, excepting smartphones which are largely ubiquitous in the space at this point. For all three groups of contractors, engineers, and owners, drones and digital cameras were the most reported technology used, though owners also reported widespread use of both mobile mapping systems as well as detection and ground penetrating radar, with each coming in with at least 40 percent of respondents indicating they have used this.