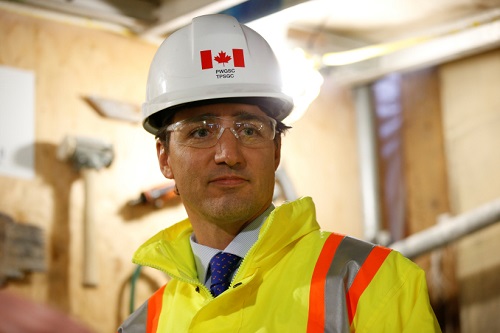 The federal government has named 10 individuals to the board of the new Canada Infrastructure Bank, including some with Liberal connections.

The government noted that the appointments include an equal number of men and women and “reflect Canada’s linguistic, cultural, and regional diversity.”

The backgrounds of board members are primarily focused in areas of large infrastructure developments and investment management, particularly public pensions. The list includes James Cherry, the former president and CEO of Aéroports de Montréal, who has previously advocated for airport privatization.

The federal Liberal government has contracted studies on the merits of fully privatizing Canada’s airports, but the issue has been the subject of extensive internal debate and no decisions have been announced.

The goal of the infrastructure bank is to attract large institutional investors – such as pension funds – to partner with the federal government in building new, revenue-generating infrastructure. Pension fund executives have said they are more interested in purchasing infrastructure that has already been built – such as airports – but have expressed openness to working with the bank on new projects.