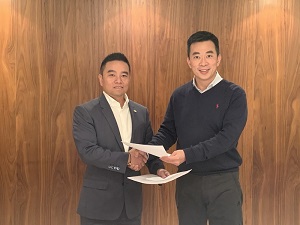 Mackenzie Creek is a mixed-use development in Markham, Phase I of which is the construction of 195 town houses. The project was initiated in 2016 by several corporate CIM entities with varying names, including CIM Development (Markham) LP, CIM Global Development Inc. and others, controlled by Jiubin Feng (CIM).

NSR was brought in as a 51% capital partner in 2017. In 2018, after it became clear that CIM’s management of the Mackenzie Creek Development was not moving the project forward at an acceptable pace, NSR exercised its contractual right to find a buyer for the entire project, with the stated goal of finding a local developer to see the project through. Friday’s sale marks the culmination of that commitment.

“This is a great day for everyone – particularly the 132 home buyers who have already bought into the development,” said Paul Ng, CEO and Executive Director of NSR. “When we were forced to take over the project this year, we had two priorities. The first was to rebuild momentum and get the project back on track. We’ve done that, securing important permits, site servicing and approvals from the City of Markham.

“Our second priority was to find a strong, experienced, and respected local developer to hand the project off to. And that’s exactly what today’s announcement is all about. Sunny, under the dynamic leadership of Bill Chen, is exactly the right owner to see Mackenzie Creek through to completion. For more than 15 years, they’ve been an engine of growth in Markham, building on the strong base of their chain of popular Sunny supermarkets, to diversify into other areas, especially real estate development. Their strong, steady hand will finish the job, and add an important new neighbourhood to the City of Markham.”

Said Bill Chen, Founder, President and CEO of Sunny: “We are a Markham company through and through. Our success has been built on the support and engagement of the people of this wonderful community. Starting with the Sunny supermarkets in 2004, and through our growth as a wholesaler, a commercial real estate developer, and a major local employer, we are so proud of the role we have played in building the vibrant and prospering Markham of today.

“In taking on the development of Mackenzie Creek, we’re continuing that Markham success story and bringing it to a whole new level. For Sunny this is an important milestone, as we turn the expertise we’ve developed toward the residential development market. To the families that have already invested their hard-earned money in deposits on Mackenzie Creek, we say: we appreciate your patience, and you can look forward to our commitment and energy to get your homes built and your families moved in as quickly as possible. We know construction. We know development. We know how to get the job done. I want to thank NSR for getting Mackenzie Creek back on track. Now we take over, to finish the job.”

The path for Friday’s transaction between NSR and Sunny was cleared by the Superior Court of Ontario on November 1, when it rejected the CIM’s request for an injunction against the sale of the securities in Mackenzie Creek. In doing so, it greenlit the transfer of ownership of the project.

On Thursday, November 14, the Director of Titles in the Province of Ontario, who supervises the province’s land titles system, removed two notices which CIM had registered on the underlying property. These notices served to impede the sale of the project securities to a new developer.

Since it acquired full control of the Mackenzie Creek Development in 2019, NSR moved the project forward by: