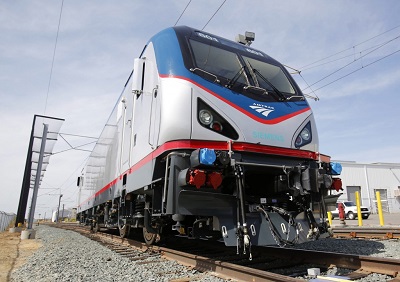 A multibillion-dollar proposal to connect Vancouver to the U.S. northwest by “ultra high-speed” rail appears to check off most, if not all, the boxes for funding consideration by Canada’s new infrastructure bank, argues a report commissioned by the Washington state government.

The analysis says the Trudeau government’s $35-billion infrastructure-financing tool could boost the likelihood of successful procurement for the project _ and improve the chances of the link’s eventual delivery.

The Canada Infrastructure Bank, a key component of the Liberal government’s economic growth strategy, seeks to use public funds as leverage to attract billions more in private investment for major infrastructure projects, such as bridges, transit systems and rail lines.

It has also been designed to consider bankrolling cross-border projects as long as they’re partly located in Canada and will bring financial benefits to the country.

That feature of the bank has caught the attention of decision-makers south of the border, including Washington’s governor. Jay Inslee committed US$300,000 to study the “Ultra High-Speed Ground Transportation” proposal.

“The CIB, once fully operational, could provide a potential key source to finance major infrastructure projects such as the UHSGT project,” reads the Dec. 15 report for the state’s transportation department.

The study acknowledges that a complete description of the requirements necessary for a project to qualify for funding has yet to be released publicly.