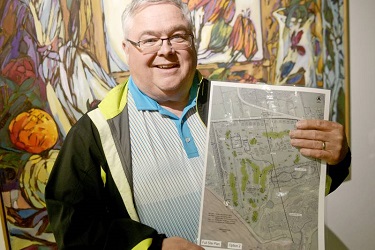 Residents could see some major changes in the town’s commercial zone, as well as on Keppoch Road, over the next year.

Stratford council unanimously approved plans for a new commercial development at Kinlock Plaza, while also granting preliminary approval for phase one of a sustainable subdivision on Keppoch Road during last night’s council meeting.

Crombie REIT plans to expand its existing plaza, where the Sobeys is located, to include two new free-standing plaza-style buildings, one being 9,695 square feet and the other being 7,200 square feet, as well as a 10,500-square-foot commercial building.

While the application did not state who will occupy the spaces, it appears Shoppers Drug Mart will be one of the tenants. Council was also not sure when development will begin but planning director Kevin Reynolds said possibly this year.

Coun. Keith MacLean, who chairs the town’s planning committee, said Crombie was an excellent developer to work with during last year’s plaza expansion.

“It’s nice to see them investing their dollars here, it’s a way of showing their support and that they believe the community is growing,” said MacLean.

Mayor David Dunphy said the move shows Crombie has confidence in the area, while noting the nearby former Home Hardware is also in the midst of re-development.

“I think you’re going to see some major changes in that general area over the next 12 months,” said Dunphy.

Coun. Jody Jackson said he was thrilled for the new development.

“We’ve heard from prospective business persons that we haven’t had much space to locate to, so it’s terrific to see,” said Jackson.

The development, which would be north of Sobeys and include a parking lot addition, could potentially see a new turn-off lane from the Trans-Canada.

Council also gave preliminary approval for phase one of a sustainable subdivision at 520 Keppoch Rd., which is owned by Elwood Lawton. The first phase would see development of 23 semi-detached buildings for a total of 46 units on 74.6 acres, while the next phase would occur on a 48.6-acre parcel also owned by Lawton.

A sustainable subdivision has to be scored on 26 items and meet a certain number of requirements before becoming certified.