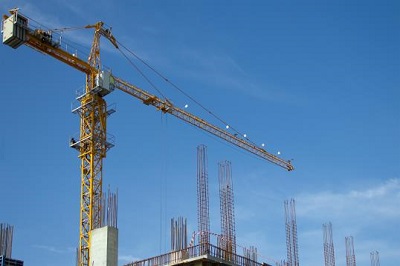 Statistics Canada – Municipalities issued $7.8 billion worth of building permits in April, down 4.6% from March

Municipalities issued $7.8 billion worth of building permits in April, down 4.6% from March. Declines were reported in every component except commercial buildings.

In the residential sector, the value of permits issued by municipalities fell 4.3% to $5.1 billion in April. Five provinces posted declines led by British Columbia.

In the multi-family dwelling component, municipalities issued $2.7 billion worth of building permits in April, down 5.2% from March. Four provinces contributed to the drop, with British Columbia and Alberta recording the largest decreases.

Municipalities approved the construction of 19,372 new dwellings in April, up 3.6% from the previous month. The rise was mainly attributable to multi-family dwellings, up 5.0% to 14,189 new units. Single-family dwellings edged down 0.2% to 5,183 new units.

The value of industrial permits fell 22.6% in April to $510 million. The decline stemmed from lower construction intentions for agricultural buildings, utilities buildings and transportation terminals. Six provinces posted decreases, with Ontario accounting for approximately two-thirds of the decline.

In the institutional component, the value of building permits was down 4.9% to $556 million in April, a third consecutive monthly decline. Four provinces posted decreases, led by Ontario. In contrast, Quebec and Alberta recorded the largest increases.

The value of commercial building permits rose 1.7% in April to $1.7 billion, the third increase in four months. Quebec, Saskatchewan and Ontario led the seven provinces that reported gains

The total value of building permits was down in five provinces in April, with British Columbia reporting the largest decline.

The value of permits in British Columbia decreased 22.6% in April to $1.2 billion. This drop followed a record high in March ($1.6 billion), which in part reflected several permits valued at over $100 million each. Lower construction intentions for multi-family dwellings and, to a lesser extent, commercial buildings contributed to the decline.

In April, the total value of building permits was down in 14 of the 36 census metropolitan areas. Vancouver recorded the largest decline in value, followed by Oshawa and Toronto.

The value of building permits in Vancouver fell 27.3% in April to $756 million, following a 17.7% increase the previous month. The decline was the result of lower construction intentions for multi-family dwellings and commercial structures.

The value of building permits in Oshawa fell 73.6% to $41 million in April. The drop followed a rise in the number of permits issued for new single-family homes in March (220 permits issued). This is a common occurrence when builders apply for multiple permits for housing developments.

In Toronto, the value of permits declined 8.3% to $1.2 billion in April, the lowest level since February 2015. Lower construction intentions for institutional buildings and, to a lesser extent, industrial buildings were responsible for the drop.

In contrast, the value of permits in Montréal rose to $1.1 billion in April. This was the fourth increase in five months. Higher construction intentions in every component except multi-family dwellings contributed to the growth.