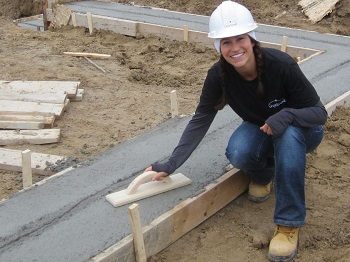 Two dozen experts — including a Western University PhD engineering student and a builder who also teaches at Fanshawe College — are travelling Saturday to San Lorenzo.

Tarry has set up a foundation called Hope Agua Vita to help the 800 people who live in the village repair and replace homes damaged by Hurricane Maria in September that also left many residents of the island without clean water and electricity.

Tarry, who owns Doug Tarry Homes, has travelled to Puerto Rico twice since the hurricane after a customer told him about the widespread damage in the American territory of 3.5 million people.

He said his goal is to upgrade homes so they withstand hurricanes and storms.

“The hope of this is that we’re going to be working on construction details that are applicable back here,” Tarry said.

The trip will give those experts opportunities to practise construction techniques for high wind and water loads and to find out how to do it more cost-effectively and faster, Tarry said.

During Hope Agua Vita’s first trip in late January, volunteers reframed two roofs that were wood on concrete walls. The team also set up a Puerto Rican company with equipment and materials for four homes.

“We brought in specialists to educate them on how to clean and repair concrete roofs down there,” Tarry said.

Hope Agua Vita members are mentoring locals to set up their own roof-repair company, he said.

“We think it’s sustainable jobs for them,” Tarry said.

On this trip, volunteers will work on one home and at least two roofs, Tarry said.