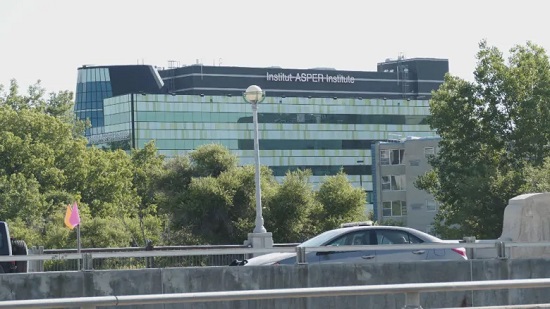 Winnipeg’s St. Boniface hospital is suing the law firm it hired to handle a complaint about construction of a building that’s been plagued with water leak issues for years.

There have been reports since at least 2009 of water leaking in through the exterior walls and windows of the five-storey I.H. Asper Clinical Research Institute, at the hospital complex on Taché Avenue, according to court records.

The hospital hired law firm Aikins, MacAulay & Thorvaldson LLP in 2016 to provide legal advice for a potential claim against PCL Constructors of Canada Inc. and subcontractor Ferguson Corporation for faulty design or construction, a statement of claim says.

The claim, filed by St. Boniface General Hospital on July 16 in Manitoba Court of Queen’s Bench, alleges the law firm — which is now called MLT Aikins LLP following a 2017 merger between firms MacPherson Leslie & Tyerman LLP and Aikins, MacAulay & Thorvaldson LLP — was negligent by missing a deadline to file a lawsuit against the construction companies.

The hospital needed its lawyer to file an application under the Manitoba Limitation of Actions Act, seeking an order extending the time allowed to start a lawsuit against the builder, the claim says.

An application to the court was filed in November 2016 but the judge ruled that was too late — a decision later upheld by the Manitoba Court of Appeal.

The courts found the application had to be filed within one year of a June 2015 consultant’s report that identified issues with construction of the building. More than a year passed before the lawyer filed the application.

The hospital declined an interview request and refused to say whether the leaks in the building have been fixed.

A spokesperson for MLT Aikins told CBC News the law firm would not comment on matters before the court.

Allegations against PCL and Ferguson have not been tested in court. Both companies declined comment.