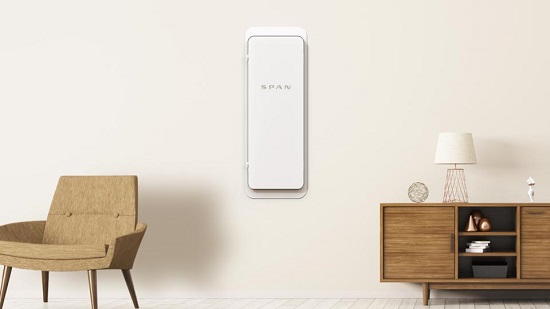 Circuit breakers, breaker panels, breaker boxes, fuse boxes—no matter what you call them, chances are that, even if you have a brand new home, the panel in your garage where electricity comes into your house is using the same technology that was created in the 1960s. Sure, it moves electricity around your home but you have no idea where your power is coming from, what’s consuming the most, or if there are issues that you need to address before they become big problems.

Arch Rao, CEO of Span, wanted to change that. As a former Tesla solar roof engineer, he saw an opportunity. Sure, people were upgrading to solar and getting whole home batteries but, as Rao said, “no one was addressing the electrical panel. They were just working around it.”

Anyone who’s installed a solar system knows what Rao is talking about. There’s considerably more hardware involved in taking your home off the grid than just a few solar panels and a battery. You have to have a separate electrical panel with just the few breakers you want to operate on battery power. There’s an override to keep your system from feeding power back into the grid. Not to mention the multiple batteries you need if you want to power everything in your home when there’s no power. It’s enough to make your garage look like a mini power station.

And it’s all because your breaker box is a bunch of dumb analog circuits that don’t talk to anything.

Do you want to turn off the power to your patio every night? Go ahead and schedule it in the app. Leaving on a trip this summer and you don’t need power going to the bedrooms while you’re away? Shut it down without manually switching off breakers on your panel. Is the power out and you need to cut your connection to the grid so you’re not losing stored electricity? You can do that without touching a single switch.