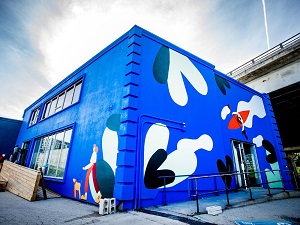 Sidewalk Labs and Plaza Ventures plan to launch a venture capital fund focused on smart-city technology, The Logic has learned. Expected to be between $20 million and $30 million, it would focus on high-risk investments in early-stage companies with the goal of establishing Toronto as a “global centre” for smart-city tech — but is contingent on Waterfront Toronto moving ahead with Sidewalk as a partner in a controversial development on the city’s lakeshore.

The Urban Technology Venture Fund would be led by Sidewalk’s director of investments, Nicole LeBlanc, and Plaza general partner Matthew Leibowitz, according to an investor presentation deck obtained by The Logic.

Sidewalk and its parent company Alphabet have already committed $10 million to the fund, according to the deck. Other participants would have to contribute a minimum of $2 million. The fund would make investments of around $1 million in companies at the seed and Series A stages; investments could be as small as $200,000 “to capture companies in the ecosystem early, while follow-on and later-stage investments [could provide] companies the needed dry powder for continuous growth.” The fund has set an investment term of 10 years, with a designated investment period of 18 to 24 months. Sidewalk and Plaza would leverage their networks to help scale the companies in which the fund invests, the deck says.

Sidewalk and Plaza are targeting companies that solve problems around mobility, affordability and sustainability in cities. According to the investor deck, that could include technology to improve waste management, energy-efficiency in buildings, air and water quality and last-mile delivery.

“Urban tech startups today face numerous challenges such as long pilot and procurement cycles, higher financing needs due to hardware requirements, lack of standardization making implementation bespoke, and data silos that make scaling difficult,” Leibowitz told The Logic. “We are looking forward to partnering with Sidewalk Labs on the establishment of this fund to support Canadian urban technology companies, build the ecosystem and transform Toronto and Canada into the global urban technology hub.”