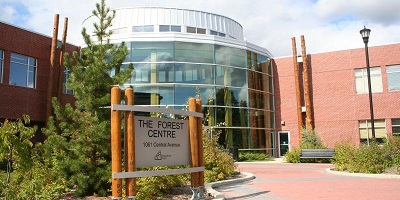 Saskatchewan taxpayers are set to lose $4.5 million when the provincial government sells a controversial Prince Albert building once regarded by some as a “celebration of progress in the forest sector” to the University of Saskatchewan.

The Forest Centre in downtown Prince Albert cost $12.7 million to build and opened in 2005. On Thursday, the provincial Crown corporation that owns the 110,000-square-foot complex confirmed its sale to the university for $8.125 million. The deal closes March 15.

Saskatchewan Opportunities Corp.’s chief executive said the Central Avenue building — which went on the block in April 2015 after the government determined it was not being used for its intended purpose — has depreciated in value and is worth about $6 million.

“We did a valuation on it in 2016 to ascertain what the market value of it was, and so we were quite comfortable with the sale that was entered into with the university,” Van Isman said.

The Forest Centre began attracting controversy years before it was built. Its supporters said it would boost the province’s forestry sector by housing research projects, while its detractors panned it as unnecessary and a re-election ploy.

Crown Investments Corp. Minister Joe Hargrave said the government “would always like more” but is “happy with whatever the current market value is.” Selling the building to the U of S rather than a private firm made the deal more attractive,” he added.

“It was for forestry and the resource sector, so very little of the building is utilized for that part, which was the original intent. It just became a commercial building,” said Hargrave, who is the Saskatchewan Party MLA for Prince Albert Carlton.

Asked if the sale suggests the building failed to live up to expectations, Hargrave responded: “I think maybe the intent was there. The forestry industry is not what it used to be, for sure. Maybe in hindsight it could have been done differently.”

P.A. Mayor Greg Dionne declined to comment on the Forest Centre’s long and contentious history, but said the city considered buying it with the aim of turning it into a police station but backed out once the cost of renovating it became clear.