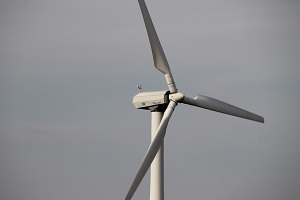 As reported on CTV News, a renewable energy project in Saint John got a second wind with a major announcement Wednesday.

The wind farm project proposed by Saint John Energy is expected to lower or stabilize power rates, but its effect on the provincial power utility remains to be seen.

If all goes to plan, turbines will soon tower high above the forested Lorneville landscape as part of the city’s first wind farm — a renewable energy project that recently reached a major milestone.

“In a way, it’s going to be either driving rates down or stabilizing rates in Saint John for all of us,” said Robinson.

Andy MacCallum of Natural Forces explains that’s because wind is the cheapest form of electricity.

“So that’s the reason SJE are going down this route, because you just can’t buy electricity any cheaper than you can from a wind turbine,” MacCallum said.

The new wind farm is expected to be up and running in 2022 and generating up to 42 megawatts of renewable energy.

Saint John Energy says they envision the site generating enough electricity for the power needs of up to 16 per cent of the energy supply for their customers.