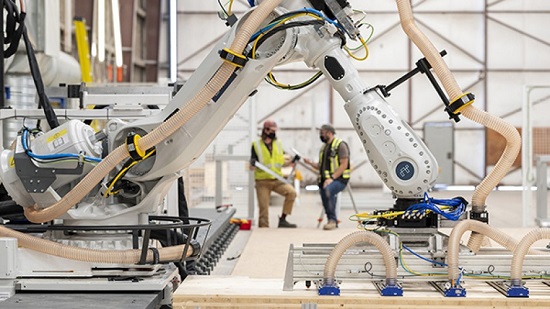 A B.C. construction firm specializing in using robotics to help build homes has nailed down some fresh capital from investors.

Intelligent City Inc. announced Tuesday (July 19) it’s raised another $22 million as part of a bid to expand into new markets and grow its factory operations.

The company is best known for deploying robotics to assemble mass timber buildings geared towards mid-to-high-rise homes and offices.

Prior to 2019, building codes prevented the construction of buildings with a timber frame taller than six storeys. The only exception was the Brock Commons residential tower at UBC, completed in 2017 and built as a demonstration project for mass timber buildings.

Mass timber buildings in B.C. are now permitted to go as high as 12 storeys following the introduction of the province’s Tall Wood Initiative in 2019.

“Our technology really needs to be scalable into other markets as well. So now we have adoption of that mass timber code in Alberta. In Quebec, it’s being adopted. … In Washington, Oregon and California, there we can even go with our systems 18-storeys tall because they’ve adopted the International Building Code.”