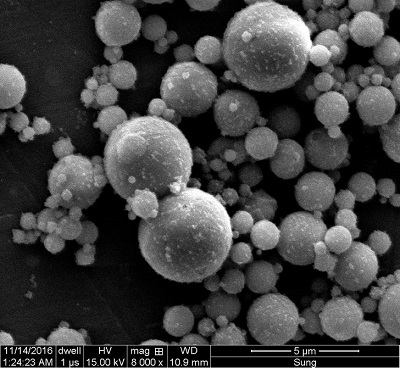 Concrete production is one of the largest sources of carbon dioxide emissions in the world, after transportation and energy. To make the ubiquitous building material more environmentally friendly, the industry has been adding by-products from coal-fired power plants, but doing so had its own problems. Now, researchers at Rice University have developed a new composite binder that can almost completely replace cement, and reduce waste from power plants at the same time.

Fly ash is made up of the loose, airborne particles created as coal is burned in power plants. This material is usually captured, and while some is recycled, most ends up in landfill. Concrete is one of the main uses of recycled fly ash, since binders based on that waste material don’t need the same high-temperature, energy-intensive processing that Portland cement does. In turn, that cuts back on the emissions generated during concrete production, plus it can also make the resulting concrete stronger and more resistant to corrosion.

But most of these mixtures only use a relatively small amount of fly ash, and worse, it requires larger amounts of sodium-based activators. That can cancel out both the environmental and cost benefits.

“The industry typically mixes five to 20 percent fly ash into cement to make it green, but a significant portion of the mix is still cement,” says Rouzbeh Shahsavari, co-author of the study. “And in the end it was more expensive than cement.”

Using Taguchi analysis, the Rice researchers were able to determine the most effective recipe and mixing strategies for their new composite. That allowed them to settle on an optimal balance of about 80 percent fly ash, five percent of a sodium-based activator, and the rest made up of nanosilica and calcium oxide. The mixture is completely free of Portland cement, the team says.