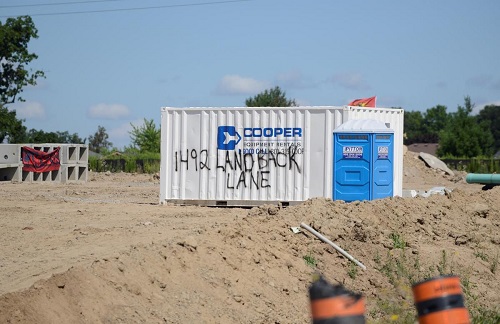 “We’re getting support from everyone, everywhere, and it’s an amazing thing,” said Skyler Williams of Six Nations.

Williams said they have had an “amazing wealth of support” from Haudenosaunee communities such as Tyendinaga and Akwesasne in eastern Ontario, Kahnawake in Quebec and Oneida in southwestern Ontario.

“I’d be remiss to try to name all of them,” he said. “They’ve all sent their best wishes and love and support from all of those communities saying they’re watching what’s going on and ready to take action.”

On Friday, the Ontario Superior Court upheld an injunction banning protesters, who refer to themselves as “land defenders,” from the construction site. A second “blanket injunction” prohibiting anyone from demonstrating on county roads requested by the county was also granted.

Ford said in a news conference Thursday the Caledonia demonstrations were “uncalled for” and is a result of a “few bad apples.”

“I have a great deal of respect for these communities right across the province. We’re there to support them and help them, but it has to be a two-way street here,” he said. “You just can’t go in and just take over people’s future homes. It’s wrong.”

Keep reading in The Hamilton Spectator