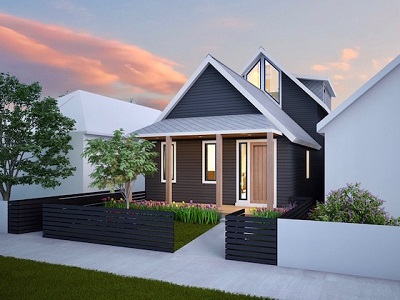 Passive House gets character in Vancouver

WireService.ca Media Release (12/12/2017) Vancouver, BC – Designed by Marken Design + Consulting, the existing 800 sqf. house was converted into a two storey duplex building with maintaining and restoring most of the original character features. It will use up to 90 per cent less energy for heating and cooling and up to 65% less energy overall than a standard house. As important as the traditional design and energy efficiency was the use of environmentally friendly materials and products including eco-batt insulation, non-VOC products, triple pane windows and advanced wood construction.

The City of Vancouver has recently approved a new zoning bylaw that includes incentives for the retention of character homes such as higher FSR ratios.

“For this project the client decided to retain and renovate the original character portion of the home rather than demolishing it taking advantage of the new incentives which enabled him to convert a small house into a 2,400 sqf character duplex.” says Alexander Maurer principal at Marken D+C. “Also, the dwelling will be designed to achieve the stringent Passive House standard.”

Currently at building permit stage this project is scheduled to commence construction early next year.

The Passive House Building Energy standard originated in Germany in the late 1980s and is fast becoming the world standard in ultra energy efficient building techniques. It is estimated there are over 60,000 passive house buildings around the world. Currently, there are only about 30 buildings in Canada achieving this level of energy efficiency. Vancouver has recently adopted the standard as part of their Zero Emission plan.

For more information on the new character home zoning bylaw and this project please contact as at info@markendc.com.