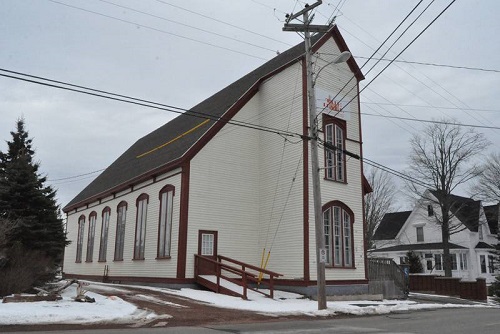 Green energy will be coming from Parrsboro next spring, and it won’t be from a tidal turbine.

The Parrsboro Band Association has received approval for 35 kilowatts of solar electricity to be generated from panels installed on the south-facing roof of The Hall, thanks to the provincial Solar Electricity for Community Buildings Pilot Program.

“What we’ve become is what we’ve been striving to become,” said association chair Lori Lynch. “We’re going to meet one of the objectives put in place here 10 years ago, to be a sustainable building in terms of energy requirements.”

Prepared by secretary/treasurer Johannes Hiesberger, the association’s application was one of only 18 in the province approved for the program, and the only registered non-profit or charitable organization.

Operated by the department of energy, the program will see the band association sell the electricity generated from the rooftop panels to Nova Scotia Power under a 20-year contract. The result will be 45,000 kW of electricity produced per year, plenty more power than is needed at The Hall, a popular performance venue for concerts, films and other events.

“Depending on household power usage, you’re looking at 8-10 houses worth of power,” said Rob Bentley, vice chair. “It will cover all our energy needs, even things that are not electric-based, like the furnace. Beyond that, we’ll be adding into the grid.”

The association will pay for the installation of the solar panels, but the revenue generated from the sale of the electricity will more than cover the associated costs. It will not require any cuts to current programming at The Hall, and will, in fact, have the opposite effect, according to Lynch.

“What we do here will be enhanced ultimately by this program because it will actually generate some income that can be put into programming,” she said. “It will make money, in time.”

The board members were thrilled with the news and are looking forward to having the equipment installed and operating by April or May of 2018.