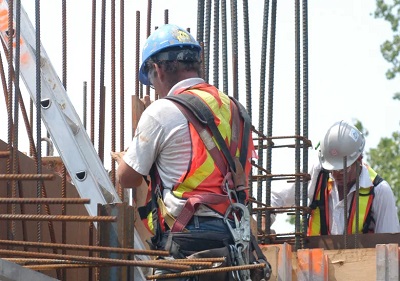 As reported on CBC News, a skilled labour shortage in Ontario in the past three years has slowed the growth of construction companies, prompting some to turn down work and others to decline to bid on projects, according to a survey of contractors at non-residential sites.

The 2019 Contractor Survey, by the Ontario Construction Secretariat, looked at perceived skilled labour shortages in the industrial, commercial and institutional construction sector in Ontario.

A total of 500 contractors in this sector were interviewed by phone in the first two months of this year. They oversee workers who build everything from roads and bridges to schools and hospitals.

“It’s very busy right now,” Katherine Jacobs, director of research at the secretariat, told CBC Radio’s Metro Morning on Wednesday. “We’re also experiencing a large number of retirements with the baby boomers retiring and moving on out of the industry.”

Toronto, Ottawa and Windsor are the busiest areas, she added.

In Ontario in the next 10 years, about 91,000 construction workers are expected to retire, 40,000 of whom are in the Greater Toronto Area, she said.

“That’s a lot of workers that we need to make up for and to try to find and fill that void. That’s really what’s driving the challenges right now to get skilled workers to sites.”

Jacobs defined a shortage as a a challenge faced by contractors when they cannot get the workers they need with the right skills at the right time. The secretariat represents unionized construction industry workers.

She said the province needs a range of tradespeople, including boilermakers, carpenters, crane operators, electricians, ironworkers, labourers, millwrights, pipe-fitters, welders as well as managers and supervisors.

“There’s a lot of opportunity for work in those trades,” she said.

“They have some techniques they can use. They can bring workers in from other regions of the province or from other provinces to work on these projects to try to fill the demand.”

According to the survey, 69 per cent of contractors in Ontario expect to have difficulty finding skilled workers to complete non-residential projects in the province this year compared to last year, while 62 per cent say they have experienced a shortage of skilled labour in the sector in the past three years.