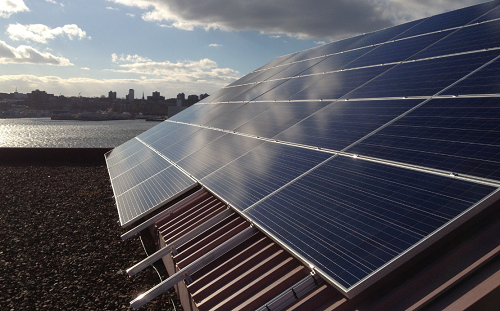 HALIFAX _ Nova Scotia _ a province often perceived as rainy and windswept _ is testing its potential for solar energy generation.

Peter Craig, a provincial Energy Department official who helped unveil a plan Friday that will see 18 applicants generate electricity for local grids, said Nova Scotia is sunnier than its reputation would suggest.

He drew a contrast with Germany.

“We actually have more sun due to our lower latitude than what Germany does, and they have a world leading amount of solar installed,” said Craig.

Under the program, announced as part of the government’s electricity plan in 2015, universities, municipalities, non-profits, charities, and Mi’kmaq communities will sell power to local grids.

They will set a price as a way to cover the cost of installing solar panels. The impact on electrical ratepayers is capped at 0.1 per cent.

Craig said the goal of the two-year pilot project is to learn more about the production capacity for solar energy in a province that currently gets less than one per cent of its power from solar.

“There’s no technical, scientific problem with having solar in place,” he said. “It’s really a matter of having the industry built up to be able to accommodate it, having our grid prepared and ready to accept it and having people interested and prepared to build it.”

Among the 18 applicants chosen to participate in the program is Halifax’s Atlantic School of Theology, which has signed a 20-year deal to sell its solar power.

Up to 50 kilowatts of electricity will be generated by 150 solar panels on the roof of the university’s library.

Dave Angot of Doctor Solar, the company installing the 330 watt panels, said the project could net the school revenue of at least $10,000 annually.

“Many of the community groups that have participated will have a similar return,” said Angot.

The company estimates the school’s installation will cost just over $142,000, and it is expected to generate 54,422 kilowatts per year.

Angot said Nova Scotia solar development is an exciting prospect, but it comes with challenges for companies who need to keep up with technological change.