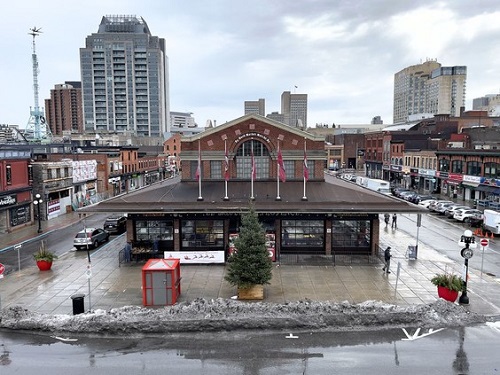 A national design competition should be held for an overhauled public space at the intersection of Rideau Street, Colonel By Drive and Sussex Drive to complement a $129.1-million facelift to the ByWard Market, a committee decided Tuesday.

The finance and economic development committee endorsed the latest plan to improve the ByWard Market’s public areas. So far, there’s no funding to turn the vision into reality. The city will largely rely on other levels of government to provide money and private sector investments.

The high-profile Rideau-Colonel By-Sussex intersection needs to be reconfigured since the southbound ramp from Rideau Street to Colonel By Drive divides the public space, which currently has a pedestrian underpass. The general idea is to make the area a well-designed public space while improving the pedestrian and cycling network around the intersection.

The public realm plan unanimously approved by the committee calls for vast improvements in the Market, including wide pedestrian promenades, more trees and the creation of a central “destination building” where a municipal parking garage exists today.

The plan separates projects into priorities for the short term (up to two years), medium term (three-10 years) and the long term (11 years or more). The Rideau-Colonel By-Sussex transformation is eyed as a medium-term project.