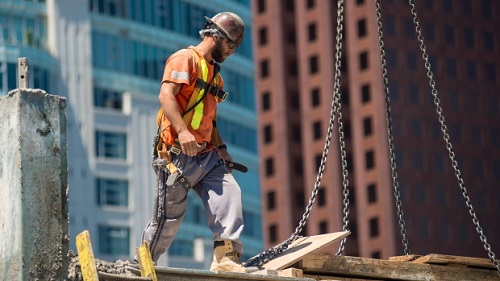 Manitoba workers are exposed to harmful chemicals and materials on the job every day, but the architects of a new safety plan hope to reduce risks by more closely monitoring workplaces — and by educating employers about hazards they may not even know exist.

On Monday, SAFE Work Manitoba unveiled a new five-year plan aimed at reducing the risks faced by workers in the province, thereby bringing down the death toll.

Between 2000 and 2015, 224 Manitoba workers died of cancers, lung diseases and other illnesses and diseases,  exposure to asbestos and other toxic fumes being the most common cause, said SAFE Work Manitoba’s operating officer.

“Imagine for a moment a cemetery with 224 tombstones,” said Jamie Hall. “Most of these deaths were linked to asbestos exposure or exposure to other toxic chemicals that occurred many years ago and developed into diseases later in the workers’ lives.”

Hall said the organization plans to boost monitoring of employee exposures to chemical and physical hazards, and identify preventive safety measures tailored to the needs of local businesses.

The plan also sets out to bridge the knowledge gap among employers who Hall says may be unwittingly exposing their workforce to occupational hazards.

“There is a very small minority who may hide something … but most employers just may not be aware that their workers may be exposed to a hazard.”

The report draws on monitoring work previously conducted by CAREX Canada, an effort to keep a close eye on worker exposure rates across the country and to log those efforts in an online database.