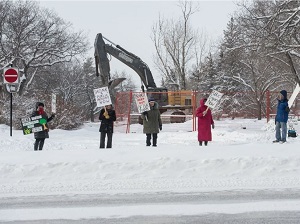 Nicole Sarauer, MLA for Regina—Douglas Park and the NDP’s point person on the file, faulted the lack of transparency and shoddy public consultation revealed by the provincial auditor in December.

“We are disappointed with the response we’ve seen so far,” said Sarauer.

On Friday, the government announced that the Brandt-CNIB project can continue from where it left off last year, provided CNIB conducts “additional public communications and engagement” and shows how the building would comply with the five purposes of the park.

But officials were unable to explain whether commercial or office development — a key flashpoint in the dispute — would be allowed.

That same day, the executive director of CNIB Foundation Saskatchewan, refused to rule out those kinds of tenants. She expressed plans to move forward with no major changes to the design of the 77,500 square foot building.

Sarauer called for genuine public consultation. She said that requires a total reset.

“I think they should start from scratch,” said Sarauer. “I do think that there’s still an opportunity here for CNIB to have a home in the park with integrity. And that means starting the process over again, going back to the drawing board with respect to the design so there can be meaningful public consultation.”

Her remarks came on Tuesday, as the NDP directed three demands toward the government and the body that approves developments in the park. The party is asking the Provincial Capital Commission (PCC) to ensure “meaningful public consultations” on the building’s design. 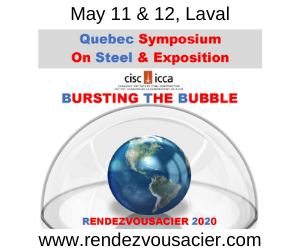