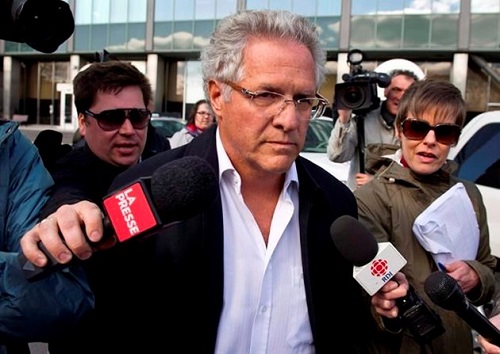 The fraud and corruption trial of well-known Quebec construction boss Tony Accurso ended abruptly Friday when a judge declared a mistrial because of a stunning revelation by a juror.

Quebec Superior Court Justice James Brunton said it was the first time in his 15 years on the bench he’d gone that route, but he told the court he was left with no other choice.

Accurso, 65, was on trial for charges stemming from a corruption scheme that included former Laval mayor Gilles Vaillancourt.

The Crown was expected to make its final arguments — following the defence Thursday — and the jurors were to be sequestered next week.

But the court was confronted with a juror’s note about information pertaining to a key witness named Marc Gendron.

Gendron was the only person to testify that he received $200,000 from Accurso directly —in a Laval parking lot.

Juror No. 6 said she was told by an uncle he’d once worked for Gendron and that he’d seen him with a suitcase filled with money in his office.

In the conversation last Tuesday with the juror, he made reference to corruption and collusion in Laval and compared the system to the Mafia.

Lawyers questioned the woman, who said she spoke to two other jurors.

The court then questioned those two jurors separately — with both giving different versions of what they had been told — before Brunton came to the conclusion the jury had been contaminated.