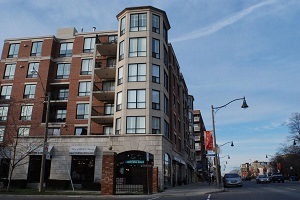 There has been a lot of discussion recently about the “missing middle” in our cities, particularly in Toronto.

This expression seems to alternately describe the lack of affordable housing for middle-class families or the lack of sufficient housing to fill the ever-widening price gap between single family houses and highrise apartments. There is no reason, however, that these two concerns cannot be met through the construction of midrise mixed-use buildings to fill both needs.

According to the United Nations two thirds of the world’s population will be living in cities by 2050; in North America 82 per cent of us already are. In addition, the population of the GTHA is projected to reach 10 million by 2050, which will qualify it as one of the world’s few megacities, superlarge cities with populations of 10 million or more.

As our region grows in population and intensifies, liveability scores regularly confirm the benefits of midrise residential development in creating vibrant, productive, compact and transit friendly environments in which to live and work, particularly as an alternative to urban sprawl.

Generally, the City of Toronto defines a midrise building as up to 12 storeys in height, and prefers to see them located along primary avenues as defined in the applicable zoning bylaws and guidelines. Although these types of projects have often been seen as a second choice in new development in the GTHA, a noticeable shift is underway, in part as millennials look to settle down and take on partners and families, and the increased lack of affordability in the single-family home market makes apartment living more manageable for families than a house.