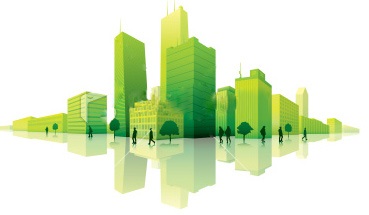 A major opportunity to unlock energy savings from buildings

The past decade has seen major changes across the energy sector, from the emergence of solar PV or shale oil and gas to electric vehicles and high-efficiency lighting. But one sector has seen very little change.

The building sector represents about 30% of global final energy use, and its energy-savings potential is massive. For now, however, it represents a major missed opportunity.

The world added about 50 billion square metres in new floor area over the last decade, the equivalent of adding a new Empire State Building every 25 minutes. But energy intensity improvements in buildings are only creeping forward slowly. If a more concerted effort was made to drive greater investments in energy efficiency, that untapped potential would translate into enormous energy savings.

For instance, construction of high-performance buildings and deep energy renovations of existing buildings could save around 330 exajoules (EJ) in cumulative energy savings to 2060 – more than all the final energy consumed by G20 countries in 2015 (ETP 2017). Shifting to high-performance heating and cooling technologies could save an additional 660 EJ in cumulative energy demand to 2060 – the equivalent of all the final energy consumed by China over the last decade.

Unfortunately, there is a lack of policy to drive such energy efficiency investments. Nearly 70% of final energy use in buildings globally is not covered by mandatory codes and standards, and currently two-thirds of countries still do not have comprehensive building energy codes to cover new buildings construction. Put into context, this means that more than 100 billion square metres are expected to be built over the next 40 years in countries that currently do not have mandatory building energy codes.

Another major barrier is financing. Total spending on energy efficiency in the global buildings sector represented less than 9% of the more than $4.6 trillion spent on construction and renovation in 2016 (EEMR 2017). In many markets – in both developed and developing countries – energy efficiency investments in buildings are still often considered a risk, despite all the evidence that show it is a solid investment that can pay for itself.

In an effort to inform efforts on policy and investment, the Global Alliance for Buildings and Construction (GABC) Global Status Report, prepared by the IEA, looks at the state of global buildings and construction since the historic Paris Agreement at COP21. It considers the commitments and actions by countries, cities, industry and related stakeholders to help put the global buildings sector on a sustainable trajectory. Our report shows that high-performance, low-carbon and cost-effective investments in buildings are indeed possible, but ambitious action is needed without delay to avoid locking in long-lived and inefficient building assets for decades to come.