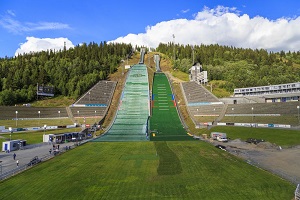 A look at successful past Olympic venue repurposing

But while there’s a constant debate over whether hosting the Olympics is worth it, there are a few cities that have had long-term success with venues built for the games. In these cases, ski jump centers still host thousands of athletes each year, and huge sports arenas now function as multi-sport community centers.

In honor of the Winter Games currently underway in Pyeongchang, South Korea, we’ve rounded up six Olympic venue success stories from summer and winter games in the past 25 years.