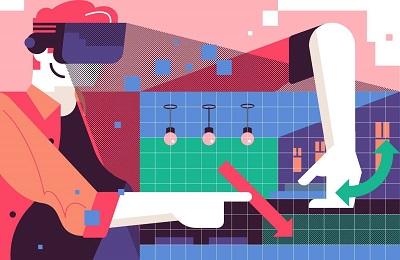 A look at the headset that could permanently change architecture

As blogged in The Atlantic, Ekke Piirisild can move walls with just a flick of his wrist. He’s known to lift chairs with a finger, instantly teleport, and turn off light switches on the other side of the room.

Piirisild doesn’t have superpowers. He’s just the director of VRtisan, a London-based architecture studio using virtual reality to create real-time 3D architectural visualization, one of many design studios beginning to use immersive VR.

Since launching their immersive VR program in 2016, the architects and designers at VRtisan have helped more than 20 clients focus on pre-construction visualization of their projects by taking their outlines and floor plans and turning them into fully operational 3D spaces. Using VR headsets, the program allows users to walk through the space as they would in real life, only with the ability to swap out things like walls and chairs with a flick of the remote.

This takes the design process from two-dimensional to fully interactive. Instead of looking at scaled-down views or aerial perspectives of a project, designers can blast everything into a real-life scale. This increases efficiency in design time, as architects no longer have to turn a 3D idea into a 2D model and then back into a 3D building. According to Piirisild, it can also help the more creative parts of an architect’s design process.

Keep reading in The Atlantic