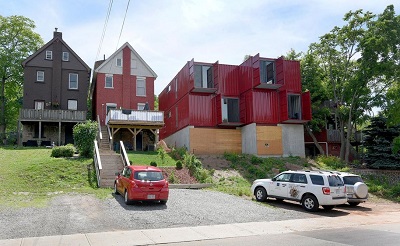 Put together an offbeat do-it-yourselfer and a rogue architect, and the result is the Lego-esque creation rising like a cubist phoenix on an empty lot at 5 Arkledun Ave. in Hamilton.

Once the interior is complete, it will have six rooms plus a conventional 1,280-square-foot basement. It was recently put together in just eight hours on site, but it was built two years ago in Toronto by a container modification company called Storstac.

Assembly on Arkledun took place once the owner, Geoffrey Young, had navigated permits and approvals through the city.

The idea to live in a container home was a natural progression for the 40-year-old Young, an eclectic thinker who has long pursued the road less travelled.

He grew up in Belleville, Ont., dropped out of Ryerson journalism school in the 1990s and took development studies at the University of Winnipeg.

He said he fell in with a Toronto arts group (“basically nerds, but not the pocket-protector types”) that produced internet programming, even landing David Bowie as a guest.

He freelanced in radio journalism, did development aid work in New Orleans after Hurricane Katrina and in Haiti after the 2010 earthquake, lived in Nicaragua and Peru and most recently Bolivia, where he taught English, did consulting work, married a native Bolivian and had a daughter with her.

Over the years Young developed an interest in architecture that combines technology and ecological sustainability, and he lists urban planning guru Jane Jacobs as an influence.

Homes made from shipping containers go back at least 20 years, influenced by architects such as California’s Wes Jones, seen on a grand scale in the “container city” development in London in 2001, and now perhaps dovetailing with the tiny home movement and minimalist living philosophy. 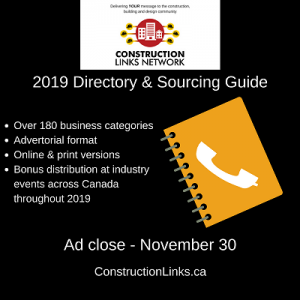