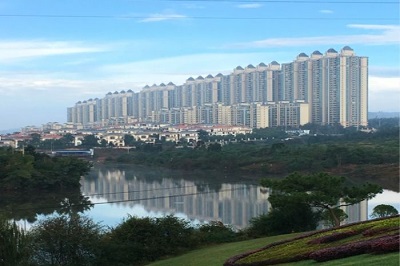 A look at China’s ghost cities – a sign of the country’s economic troubles?

Fancy villas, high-rise apartment blocks, lakes, parks and sprawling road networks: Ghost cities in China have it all. Just one crucial element is missing — the people.

Built for a population that never came, about 50 of these surreal sites lay desolate across the country. But still the construction continues.

These new cities are usually built in rural areas on the outskirts of existing cities.

Designed for populations numbering in the hundreds of thousands, the mass construction projects can include towering high-rise condominiums, huge shopping centres, city squares, street lights and replicas of cities in Europe and elsewhere.

“The phenomenon very much has been driven by the debt splurge that really kicked into gear after the global financial crisis,” Mr McMahon said.

“Local governments around the country tried to juice and stimulate their economies by building more infrastructure and stimulating the property market.”

This seemingly wasteful construction is carried out by both state-owned firms and private companies.

China’s housing vacancy rates, like many other potentially sensitive data, is shrouded in secrecy.

It is believed the number of empty apartments could have hit as many as 64.5 million — the number of properties that State Grid Corporation of China confirmed to the Beijing Morning Post as not having used electricity for six consecutive months in 2010. However, the state-owned company refuted that number to another Chinese media outlet just days later.