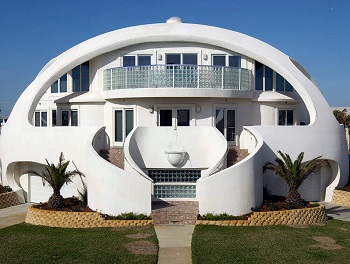 In the span of four weeks during August and September, hurricanes Harvey, Irma, and Maria brought extreme rainfall and 100-mph winds to the US and the Caribbean, destroying thousands of houses and businesses in Texas, Florida, Puerto Rico, and elsewhere.

It’s unclear whether climate change caused these storms, but atmospheric scientists say a warmer planet likely made them more aggressive.

Across the globe, architects and developers are planning for a future when storms and other climate-related disasters become more common. Many are thinking about climate resilience — the idea that buildings should be designed to endure the impact of sea-level rise, increasing temperatures, and climate disasters.

Building designers no longer see climate change as a far-off prospect. To cope with rising waters and powerful storms, some are designing buildings to withstand them.

Following are some of the building designs of the future.