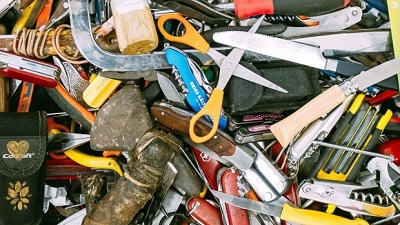 A contractor in Saint John is hoping to establish the city’s first tool library to make equipment available to people who need them.

Brent Harris is working to establish the Saint John Tool Library and DIY Centre in the city’s south end.

The centre would allow people to get access to myriad tools that they might not other be able to afford, for a membership costing between $50 to $100.

It’s not a new concept, as there are similar centres in cities across North America. Canada’s three largest cities, Toronto, Montreal, and Vancouver, each have one, for example.

But Harris thinks the concept could do a lot of good in Saint John, which is peppered with run-down properties.

He sees the centre as a social enterprise that could give people, especially low-income people, the capacity they need to beautify their neighbourhoods.

“This is just one of those things that has been percolating for years in my mind in terms of what do we do in the south side of Saint John to really speak to the tensions that we see, the negative tensions, and really build something that’s going to provide a bit of a culture shift for how we think about things like building our cities and taking care of our properties,” he said.

As a contractor, Harris said he’s constantly being asked by people if they can borrow his tools to fix up their homes.