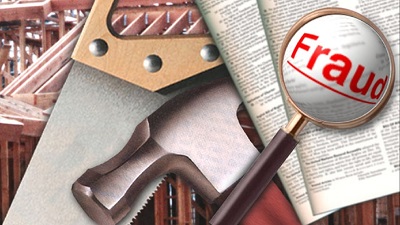 Shelaigh Garson lost thousands after being conned by a local contractor earlier this year, and she and her husband have had to go to extreme lengths just to keep their heads above water after this.

“We’ve managed but really we’re barely hanging on,” she says. “We’re probably one mortgage payment away from defaulting on our loans.”

Garson says she’s gone from being nearly mortgage free to being hundreds of thousands of dollars in debt after having to redo plenty of work that was incorrectly completed on her property.

She’s not the only one who is still reeling from financial losses attributed to shoddy and incomplete work by Jason McDowell.

It’s been about nine months since Felisha Martin reached out to iNFOnews.ca with a long list of concerns she and others, including Garson, were having with local contractor Jason McDowell.

She and her husband say they lost approximately $60,000 to McDowell. They gave him a deposit after hiring him to build a tiny house and complete home renovations at another property.

Garson says she lost upwards of $20,000 after hiring McDowell to complete renovations on a home she and her husband were planning on renting out.

Satish Bhardwaj lost at least $30,000 when he hired McDowell to build his new salon in Sahali called Tips and Toes, but says considering how much more money he’s had to spend on re-doing McDowell’s work, his total losses are likely tens of thousands of dollars more.

iNFOnews.ca did a full story on the losses suffered by Martin and Bhardwaj back in March, and although they’re happy they’ve gotten through the situation, things haven’t been easy.

Another unexpected surprise for Martin and her family is her pregnancy. She’s expecting to give birth next year, which she says is adding to the stress she and her husband have undergone this year.

“I wasn’t supposed to be able to get pregnant. Hello baby,” Martin laughs as she holds her stomach. “We’re really excited about that but my husband’s terrified.”

Martin and her husband had a roommate move into their apartment with them to lighten the financial burden.