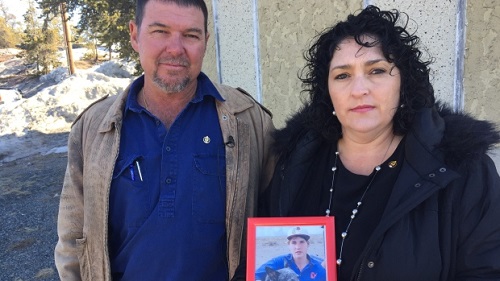 The family of an Australian teen who died on the job in Inuvik in 2016 says they are “shocked” his employer is pleading guilty to only one of nine charges the company faced following his death.

David Vinnicombe, 19, died while on a construction site at the Inuvik satellite station facility near the town in June 2016. At the time, Inuvik officials said a piece of heavy machinery rolled over, killing Vinnicombe, the only occupant.

Allen Services & Contracting Ltd. (Inuvik) pleaded guilty Monday to one of nine charges filed against the company and a supervisor under the Safety Act following that incident.

That charge was “failing to ensure that all workers are sufficiently and competently supervised.”

“It doesn’t matter if it’s one charge or 100, it’s not going to bring David back, it’s never going to change,” Jacqui Vinnicombe, David’s aunt said in a phone interview with CBC News.

“From Australia we’re very worried, wondering why and how this could be, why only one of the nine charges was heard in the court of law,” she said. “This is a worker’s life lost on a worksite, and government safety legislation, you can’t get any more serious than that.”

Jacqui Vinnicombe and David’s dad, Robbie Vinnicombe, have been in the Northwest Territories twice this year — for the Day of Mourning for workers who died on the job and for a ceremony honouring David held in Inuvik in June.