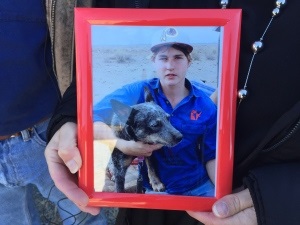 A Northwest Territories judge has ordered Inuvik’s Allen Services & Contracting Ltd. to pay $100,000 after the workplace death of David Vinnicombe.

David Vinnicombe, a 19-year-old from Australia, was working for Allen Services in Inuvik in June 2016 when a piece of heavy equipment he was operating rolled and killed him.

Allen Services and a company supervisor originally faced nine charges under the territory’s Safety Act, but pleaded guilty in October to one charge: failing to ensure that all workers are sufficiently and competently supervised. As part of the plea deal, the remaining eight charges were withdrawn.

In December, lawyers for both sides recommended a $100,000 fine. The maximum fine available under legislation is $500,000.

In his decision, Judge Garth Malakoe said he agreed with the fine, seeing as Allen Services is a relatively small company that brings in about $1 million each year.

Malakoe also said the company has no prior charges under the Safety Act and showed remorse. Allen Services has instituted company-wide training and updated safety policies since Vinnicombe’s death.