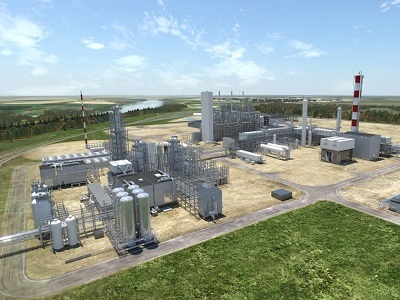 Inter Pipeline to build $3.5B plastics project in Alberta

The announcement that a major new energy project will be built is welcome news in Alberta, which has seen a raft of pipelines and natural gas export plants delayed or cancelled, amid a three-year long downturn in oil prices.

Starting next month, Inter Pipeline will spend the next four years building a propane dehydrogenation and polypropylene (PDH-PP) facility, which will take 22,000 barrels of propane per day and convert it into 525,000 tonnes per year of “polymer grade” plastic pellets. The pellets are used to build every day consumer plastic products such as bottles and toys.

“This is a whole new value chain for Canada,” company senior vice-president David Chappell said Monday, adding that there are currently no petrochemical plants in Canada that use propane as a feedstock.

Canada’s current fleet of petrochemical plants, located mainly in Alberta and Ontario, use ethane to create plastics or methane to produce methanol, but the country imports thousands of tonnes of propylene pellets every year.

Chappell said the PDH-PP facility would help reduce Canada’s trade deficit for propylene and eventually create other opportunities for chemical plants that produce propylene-glycol, which is used as de-icing fluid for airplanes, or super-absorbent polymers, used in diapers.

There is an abundance of low-cost propane in Western Canada and low-cost natural gas and electricity, which helped drive down the project’s expected operating costs, apart from readily-available labour due to the lean times in the construction industry, which has  helped reduce costs, Chappell said.

“Not much is happening in Alberta when it comes to construction and so we’ve got very competitive capital costs right now,” Chappell said.

The Canadian Association of Petroleum Producers manager of markets and transportation Mark Pinney said the project comes as “a relief” after a string of project cancellations.